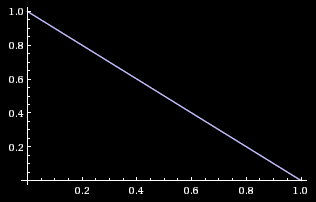 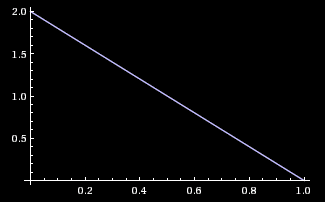 The shapes are the same, and only the y-axis labels have changed to reflect the different heights of the pre-normalized and normalized function.Regraph these graphs with actual height changes

Suppose we now flip the coin another two times, and it comes up heads then tails. We’ll denote this piece of evidence \(h_2t_3.\) Although these two coin tosses pull our beliefs about \(b\) in opposite directions, they don’t cancel out — far from it! In fact, one value of \(b\) (“the coin is always tails”) is completely eliminated by this evidence, and many extreme values of \(b\) (“almost always heads” and “almost always tails”) are hit badly. That is, while the heads and the coins tails pull our beliefs in opposite directions, they don’t pull with the same strength on all possible values of \(b.\)

We multiply the old belief

by the additional pieces of evidence 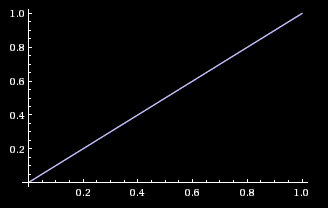 and obtain the posterior relative density 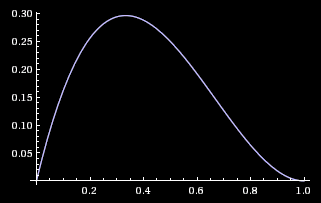 which is proportional to the normalized posterior probability 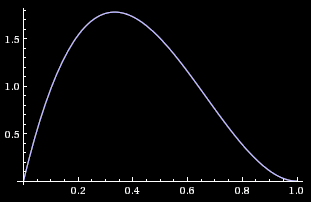 Writing out the whole operation from scratch: