Collections which have less than or the same number of items than the collection of all natural numbers are called countable, while larger collections (like the set of all real numbers) are called uncountable.

Consider, as shown above, a sidewalk that goes on forever in one direction, which is made up of equal-sized square tiles. The sidewalk is two squares across. Consider a person who walks forever on it, obeying the following rule: Each step the person takes must be to one of the two tiles immediately in front of that person; no going backwards, no skipping tiles, no going sideways, no standing in place forever. The following is the beginning of one possible path:

In both cases, you could just say that there are infinitely many, and that would be correct. But now let’s consider a third question:

It turns out that there is a meaningful and well-defined way to compare the sizes of different infinite collections of things, and some infinite collections are larger than others. In particular, some infinite collections are countable (like the set of all natural numbers), while others are uncountable (like the set of all real numbers). As we will see, it can be shown that the number of tiles on our infinite sidewalk is countable, but that the number of possible paths one could take, following the rules above, is uncountable. So there are in fact more possible paths than there are tiles.

Let’s dig into exactly what this means and why it’s true.

We say that two collections of things are the “same size” if you can match the items together completely: you can pair each of the things in the first collection with exactly one of the things in the second collection, in such a way that there is nothing left unpaired. For example, given two sets of three things each, we may pair them. Here is an example of such a pairing:

In fact, if we were only to require that some matching leave extra tiles, then the number of tiles in a sidewalk that is one tile wide would not be equal to itself, for we could match the first tile with 1B (in the bottom picture above), the second tile with 2B, and so on, and we would leave over half the tiles!

In fact, even if we had a field of tiles that is infinite in every direction, we would still have no more tiles than if we had only a sidewalk that is one tile across. The following matching shows this: 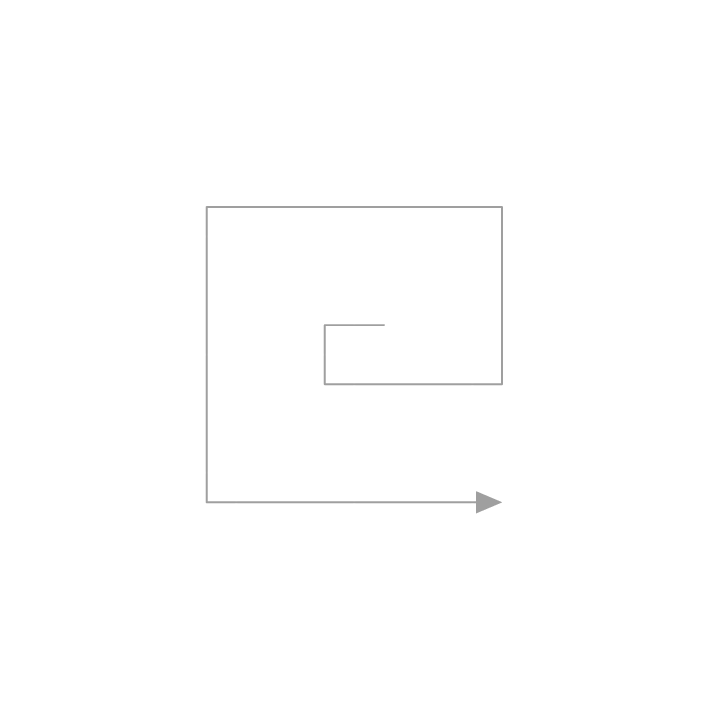 You might wonder, given that there are so many different ways to match up infinitely many things, how we can know that there is no matching that catches everything. I will now prove that, no matter how you try to match paths (ways of walking) and tiles, you will miss some paths. Since we have already seen that the number of tiles in a sidewalk two tiles wide is the same as the number of tiles in a sidewalk one tile wide, I will show that any matching between paths and tiles in a sidewalk one tile wide misses some paths. I will do this by creating a path that does not match the path we have chosen for any tile noteThis type of proof is known as a proof by contradiction.. 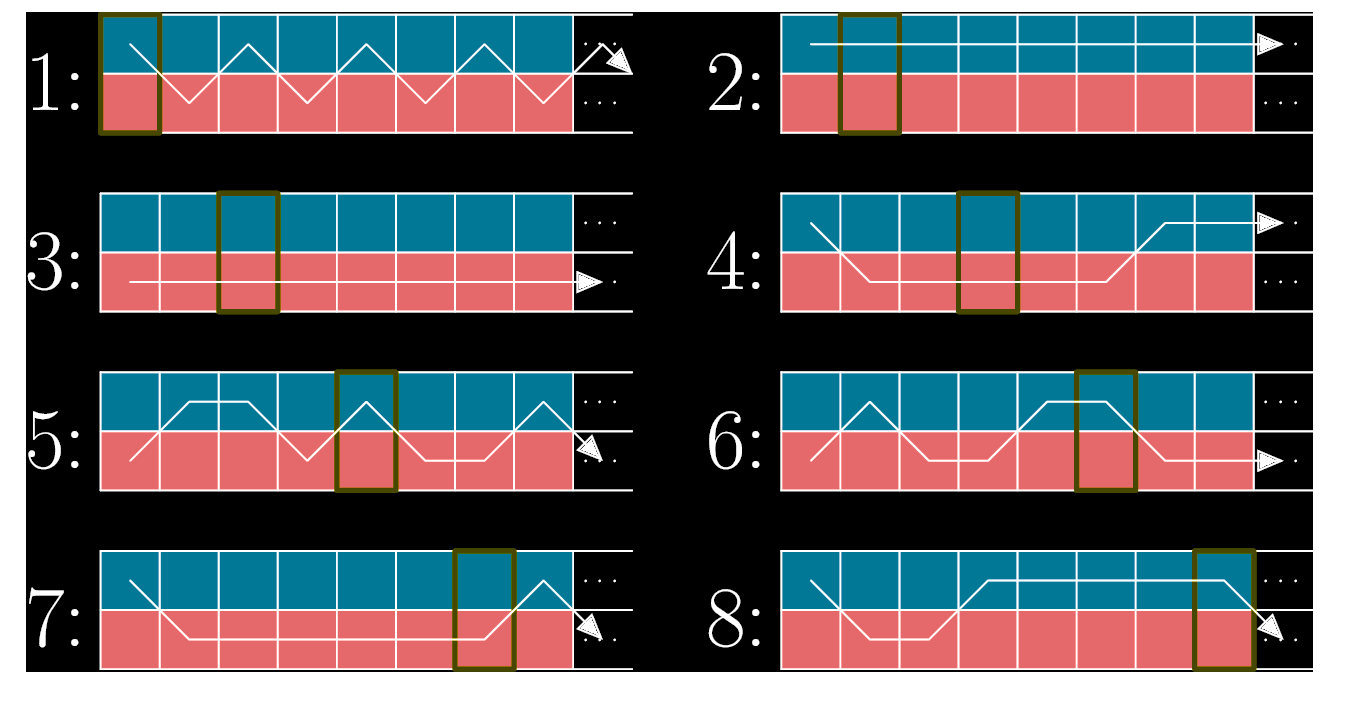 then our new path is

Because we can repeat this exercise no matter what matching we’re given, that means any possible matching will always leave out at least one path. Thus, the number of paths a person can take must be strictly larger than the number of tiles in the sidewalk.