What is a logarithm? 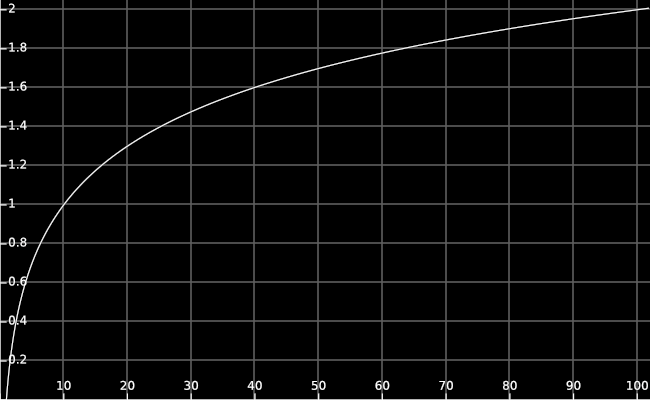 If that answer isn’t satisfactory yet, don’t worry: Throughout the tutorial, we’ll explore both (a) what this means, and (b) why this is the “right way” to multiply a number by \(b\) fractionally-many times.

That said, the outputs of logarithms are generally difficult to find, but useful once you’ve found them. Historically, scientists and engineers would pay money for giant tables of pre-computed logarithm values, because those sped up their practical calculations considerably. Why are the outputs of logarithm functions so convenient to use? That question will be answered later in this tutorial.

But that’s getting ahead of ourselves a bit. The most intuitive interpretation to start with is probably this one: Logarithms are measuring how “long” a number is, in terms of how many digits it takes to write that number down, for a generalized notion of “length.”

It may seem that numbers always take a whole number of digits to write down: 139 and 931 are both written using three digits (‘9’, ‘3’, and ‘1’). However, as we will see, there’s a sense in which 139 is barely using its third digit, while 931 is using all three of its digits to almost their full extent. Logarithms quantify this intuition, and the precise answer that they give reveals some interesting facts about how many digits it costs to write a given number down.