A function \(f : X \to Y\) with domain \(X\) and codomain \(Y\) cannot necessarily produce all values in \(Y\). For example, consider the function that takes a real number and squares it. We could say that this function has codomain \(\mathbb R\), because it produces a real number, even though its image is the set of non-negative real numbers. 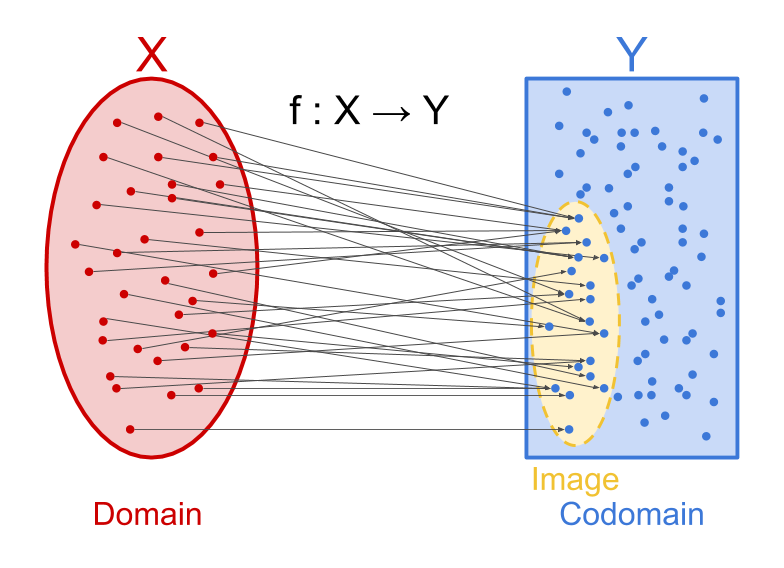 If \(f\) maps \(X\) to a subset \(I\) of \(Y\), why not just say that its codomain is \(I\) and do away with the distinction between codomain and image? There are at least two cases where the distinction is useful.