Collections of things which are the same size as or smaller than the collection of all natural numbers are called countable, while larger collections (like the set of all real numbers) are called uncountable.

All uncountable collections (and some countable collections) are infinite. There is a meaningful and well-defined way to compare the sizes of different infinite collections of things noteSpecifically, mathematical systems which use the Axiom of Choice, see the technical page for details.. To demonstrate this, we’ll use a 2d grid. 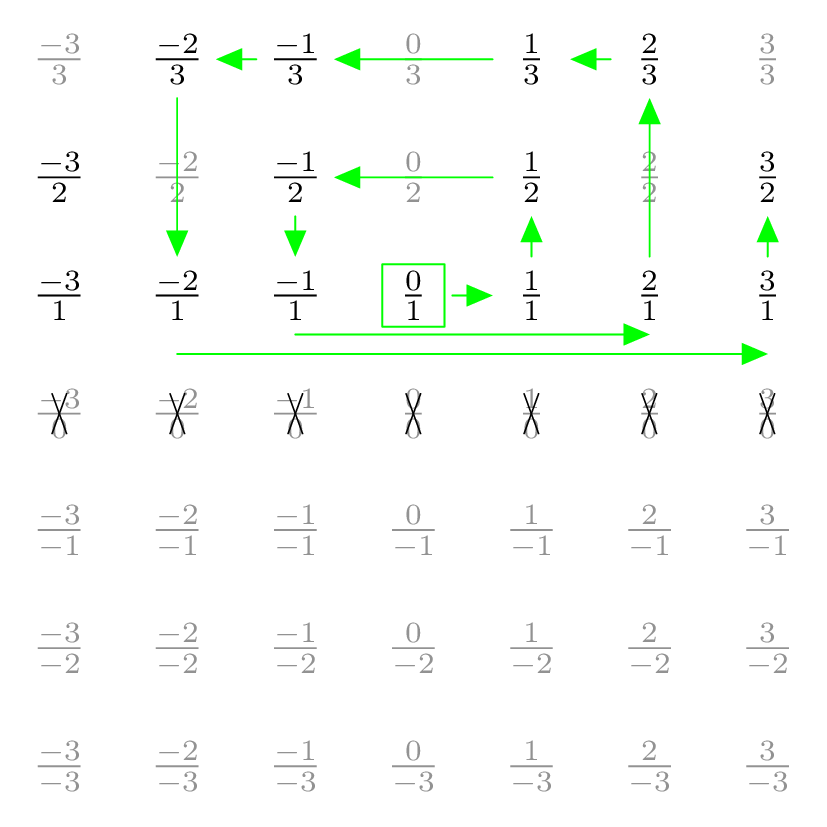 This shows that the rational numbers are countable.

The real numbers, however, cannot be matched with the positive integers. I show this by contradiction. noteThat is to say, I show that if there is such a matching, then we can conclude nonsensical statements (and if making a new assumption allows us to conclude nonsense, then the assumption itself must be nonsense.

Suppose we have such a matching. We can construct a new real number that differs in its \(n^\text{th}\) decimal digit from the real number matched with \(n\).