A union of sets and the least common multiple of a set of natural numbers can both be viewed as joins. In addition, joins can be useful to the designers of statically typed programming languages.

Consider the partially ordered set \(\langle \mathbb{R}, \leq \rangle\) of all real numbers ordered by the standard comparison relation. For any non-empty \(X \subseteq \mathbb{R}\), \(\bigvee X\) exists if and only if \(X\) has an upper bound; this fact falls directly out of the definition of the set of real numbers. <div>

Statically typed programming languages often define a poset of types ordered by the subtyping relation; Scala is one such language. Consider the following Scala program. 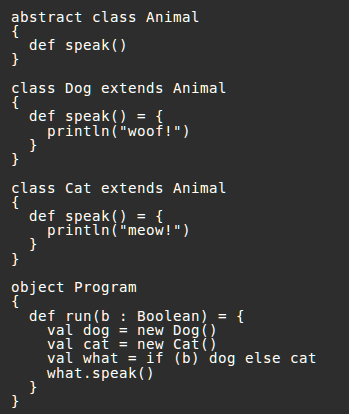 When a programmer defines a class hierarchy in an object-oriented language, they are actually defining a poset of types. The above program defines the simple poset shown in the following Hasse diagram.