This is what independence looks like, using the square visualization of probabilities: 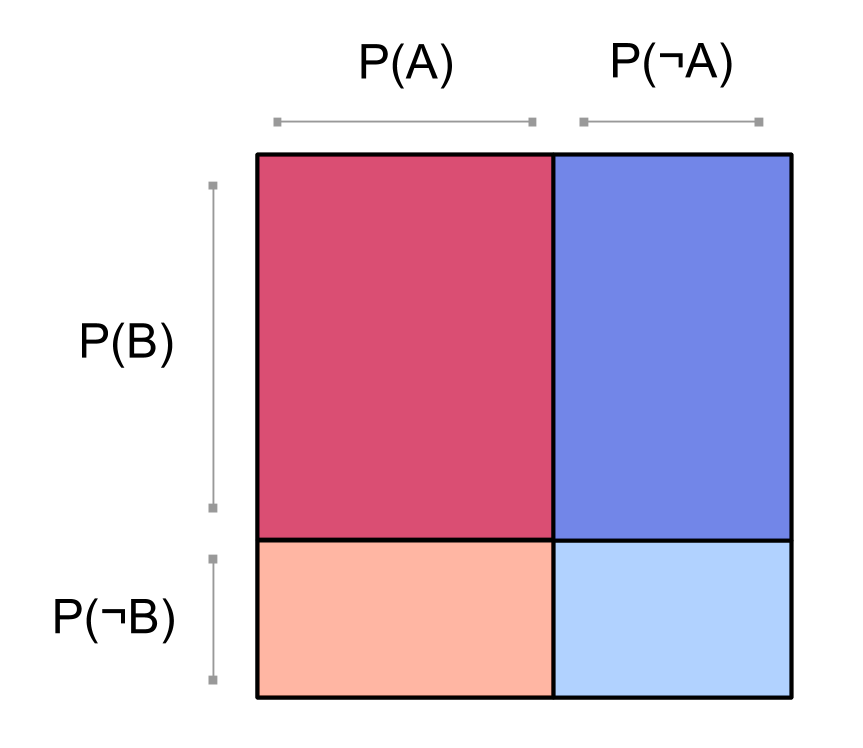 This picture demonstrates another way to define what it means for \(A\) and \(B\) to be independent: 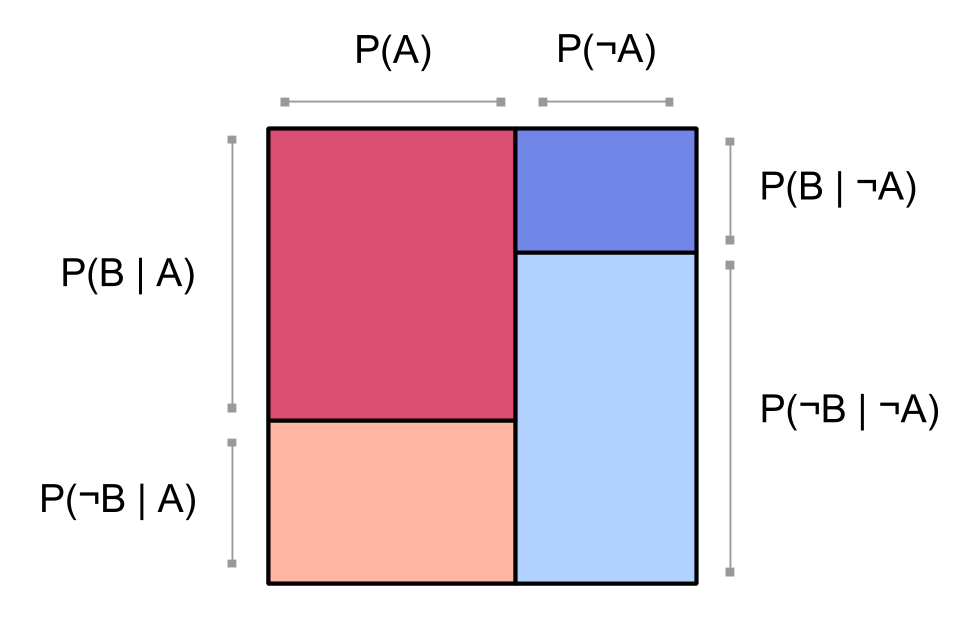 (If the meaning of this picture isn’t clear, take a look at Square visualization of probabilities on two events.) 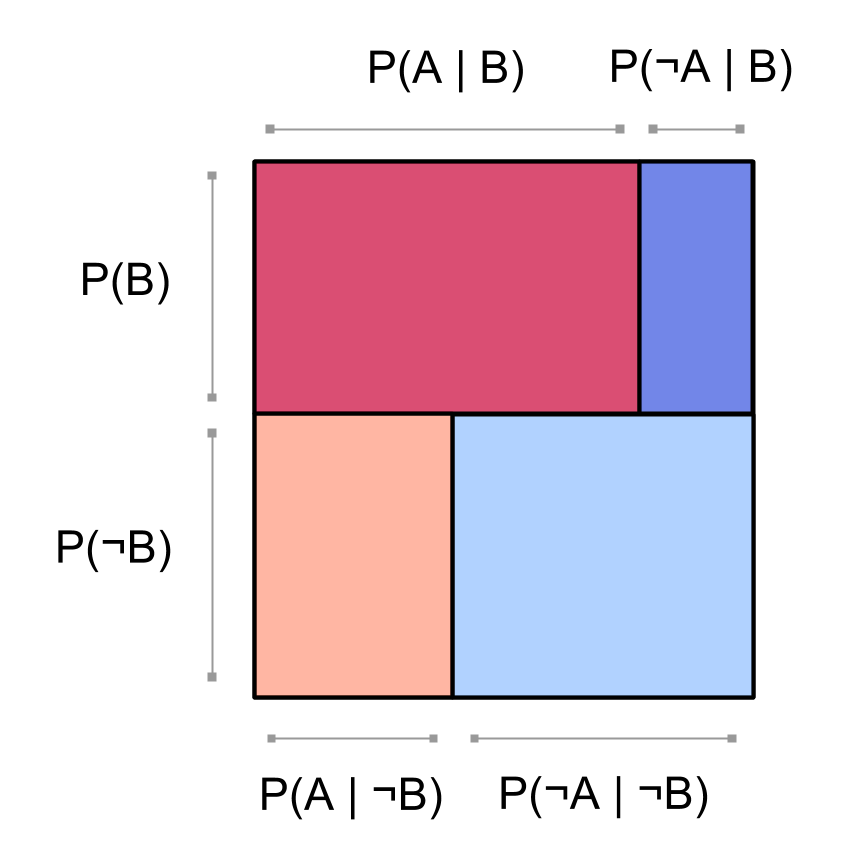 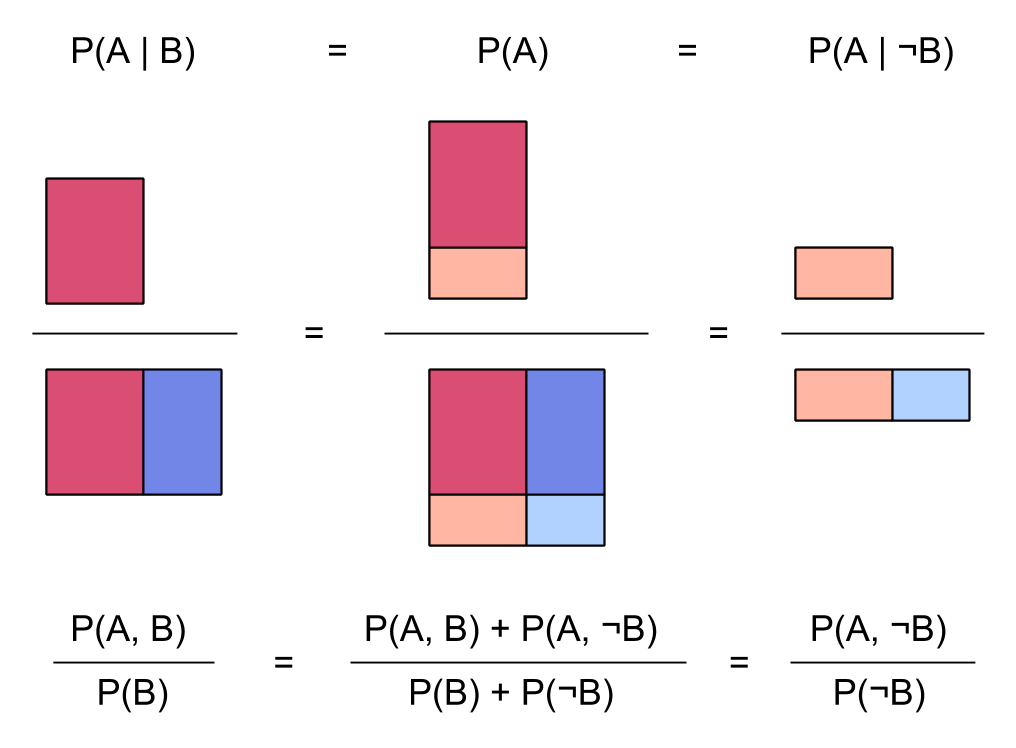 We couldn’t do any of this stuff if the columns and rows didn’t both line up. (Which is good, because then we’d have proved the false statement that any two events are independent!)

Another way to say that \(A\) and \(B\) are independent variables noteWe’re using the equivalence between event probability events and binary variables. is that for any truth values \(t_A,t_B \in \{\true, \false\},\) 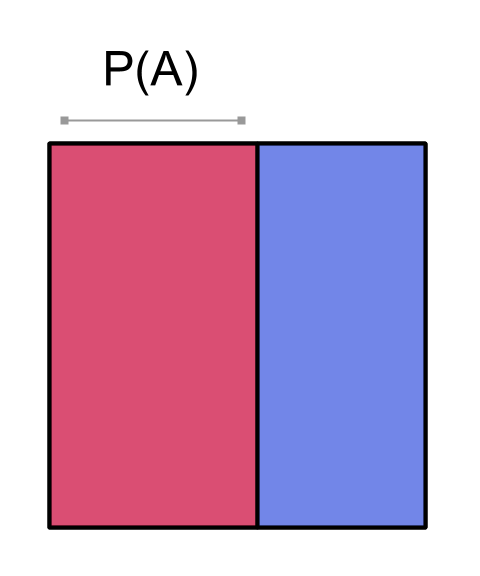 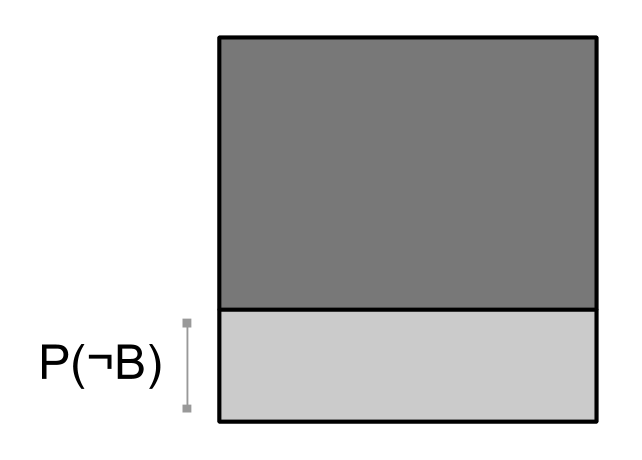 and then we multiply them: 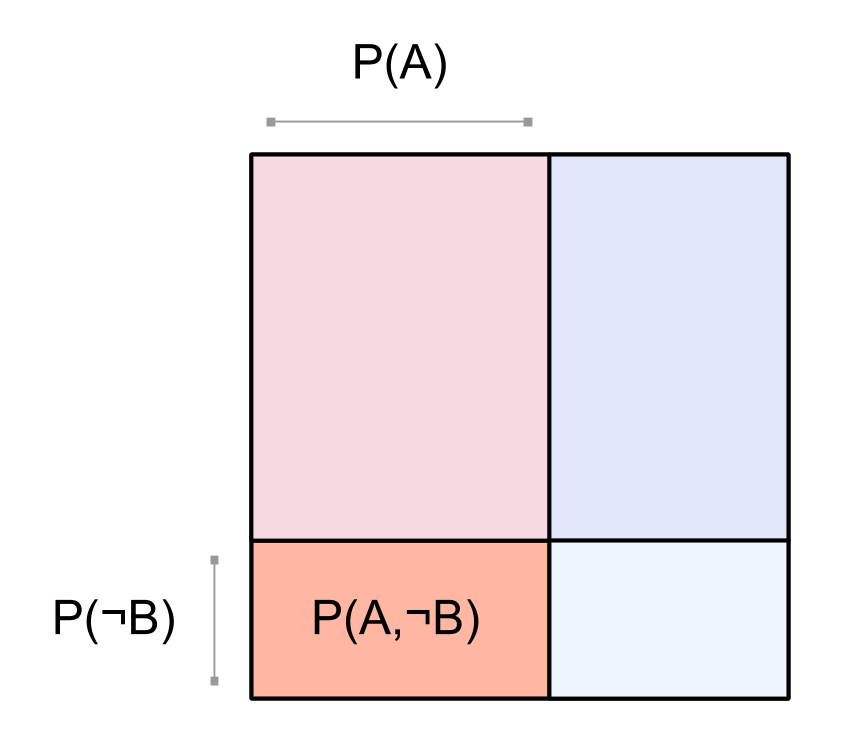 We can get all the joint probabilities this way. So we can visualize the whole joint distribution as the thing that you get when you multiply two independent probability distributions together. We just overlay the two distributions: 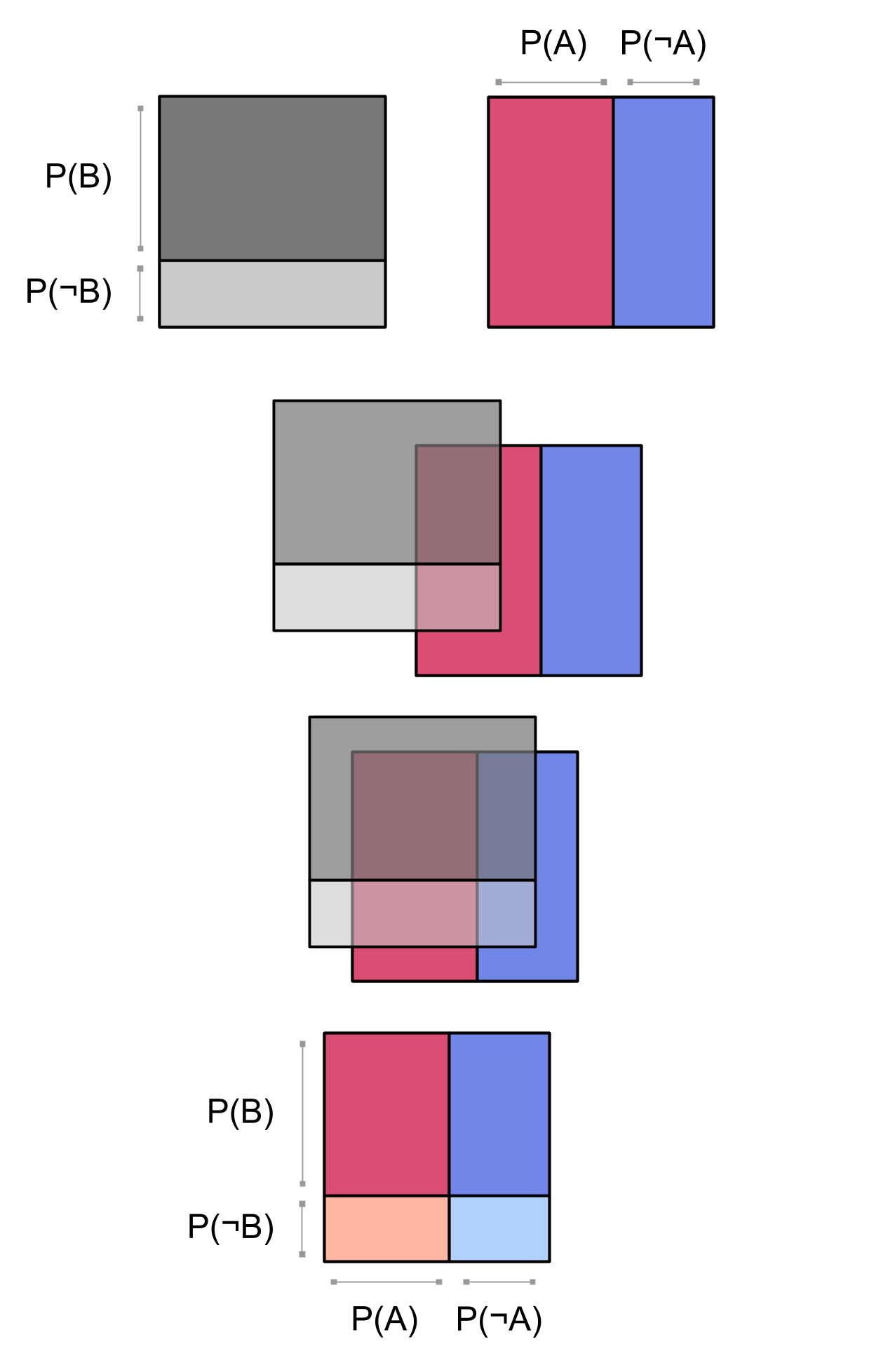 To be a little more mathematically elegant, we’d use the topological product of two spaces shown earlier to draw the joint distribution as a product of the distributions of \(A\) and \(B\):